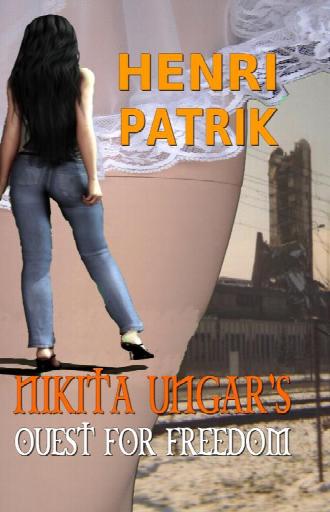 Nikita leaves her country to work in Austria. Everything is arranged by a travel agency. However, the destination is not what she’s expecting.
She ends up in a prostitution network in Mitrovica, refuses to accept her fate, and is ready to do anything to regain her freedom, counting on the weapons nature has given her. However, she must deal with setbacks while her life constantly is in danger.
Her acquaintance with Jason revolutionizes her existence.
First, they must deal with ruthless human traffickers, then they become the target of a hypocritical international group.
Treason, corruption, deceit, hypocrisy characterize a Secret Society.
SFOR, local police, IPTF, and anti-trafficking fighters are its primary consumers. Sarajevo 2000-2003.

About the Author
HENRI PATRIK (1951) chose a military career at 16 to pursue studies. He obtained several certifications, such as radar and digital techniques. Later officer, computer scientist, and specialist in Civil and Military Cooperation. He taught psychology and leadership in the Logistic School of the Army for candidate graduates. Later, Civil and Military Cooperation for humanitarian operations candidates and lectured for a month in Ankara, Turkey, on the fall of former Yugoslavia. He served in the Balkans as a liaison officer in Banja Luka (1998) and Kosovo, Albania (1999). Finally, concluding his career, he worked for two years at the EU in Sarajevo as EUMM and EUPM. His thrillers have a historical background. This novel is the result of his own experience.
Henri Patrik lives in the Ardennes with his wife.